The hydraulic cylinder is carried out linear movements, through which forces are transferred.

Types of cylinders with respect to functions 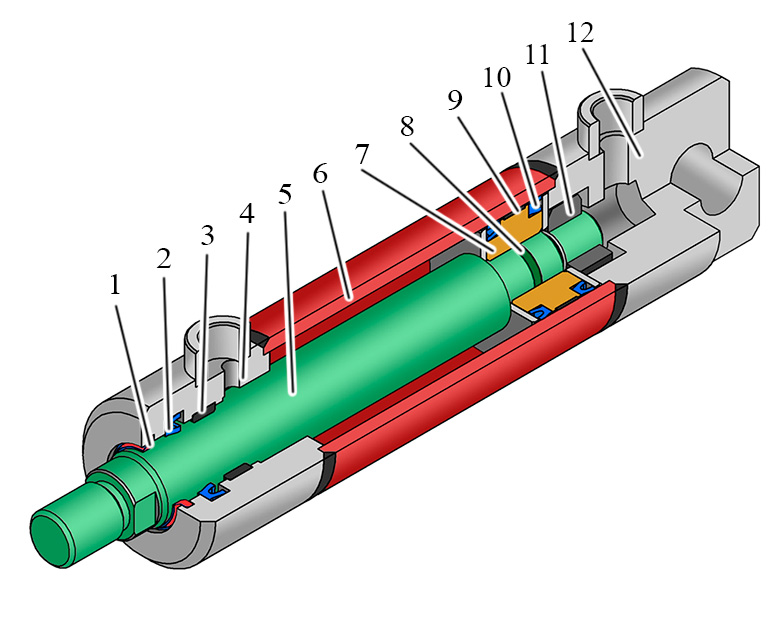 A hydraulic cylinder has the following parts:

By feeding fluid via ports I or II, the piston may transfer pulling and pushing forces in both stroke directions.

The maximum possible cylinder force F is dependent on the maximum operating pressure p and the effective area Ae.

The velocity at which the piston rod of a cylinder moves is based on the following equation:

Double rod cylinders have a piston, which is connected rigidly to two rods which have diameters smaller than that of the piston.

The piston rods siding into each other in the telescopic cylinder.

The order in which the individual stages are retracted depends on the size of they effective area.

Single acting cylinders can only exert force in one direction.

In plunge cylinders only pushing forces may be trnsferred.

This cylinders are used wherever a definite direction of externak force will definitely return the piston to its starting position.

Cylinders with spring returns are used in applications where an external, restoring force does not exist.

If the pistons are placed under pressure, they extend one after another.